Location on a national highway

New Varna City is located on a national highway, a high-density traffic artery that is scheduled to be part of the Pan-European Corridor between Romania and Turkey.

New Varna City project is located only 6.8 km from Varna’s municipal boundary and 13 km from the city. It is only 10 minutes’ drive from Varna.

New Varna City enjoys an amazing panorama view of the black sea, has a unique rare size and is probably the only largest plot of 541,000 square meters in the vicinity of Varna or even maybe in Bulgaria.

Everything is within minutes

The nearby city of Varna

Bulgaria’s third city and maritime capital, cultural, transport and tourism center, Varna is the most interesting and cosmopolitan city on the Black Sea coast. Visited and enjoyed by millions of tourists each year, the city serves as a central hub and an anchor for companies and organizations that run the economy of the city and satisfy its increasing needs. Varna is also an International convention, exhibition and congress destination. The only port of call for cruise ships is located in Varna. 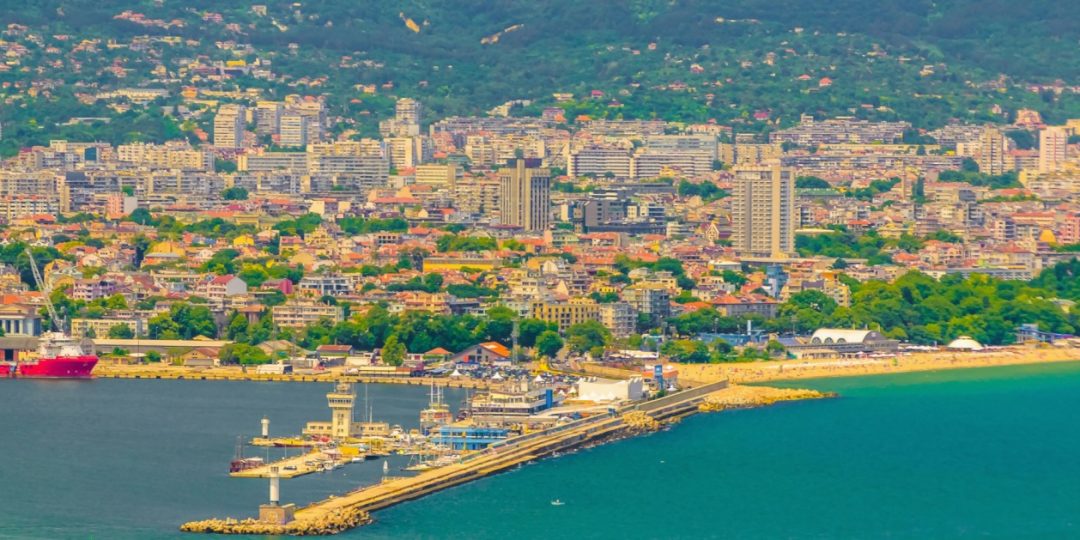 The city is huge economic factor in Bulgaria, as the World Bank adviced in 2017 “If you want to do business go to Varna”. It is one of the booming and fastest developing cities.

For many years, Varna was voted as the “Best City in Bulgaria to Live In” according to various parameters including demographic growth, architecture, internet access in public places, kindergartens, education, environment, days of sunshine, and so on. Varna is a university city and 40% of the students who come to study in Varna eventually settle there. Not long ago, the number of residents was 300,000 and it is now estimated to be 500,000.

As the average wage in Varna is among the highest in Bulgaria and the unemployment rate is one of the lowest, thus the city is a magnet for domestic and international migration.

For your next Successful Investment

The vision of  New Varna City project is based on the desire to give its residents a sense of space, nature and community within minutes of driving from the city and the sea.

The neighborhood is planned in a way that its inhabitants will be unaffected by the commercial activity which will be segregated  on the road at the entrance to the Project.